It's pretty scary to navigate through the vast jungle that is otherwise known as Hollywood. Around every corner is someone professing to have the magical formula to make you successful as an actor. Yet, how many emotionally defeated actor-hopefuls are leaving Hollywood on a day-to-day basis?

Let's be clear from the get-go. There is no magical formula for easily being transformed into a successful actor. None. Let it be repeated one more time, just in case there is any notion left in you that would suggest otherwise, there is NO MAGICAL FORMULA. If anyone promises you otherwise, then they've also probably already asked you for your credit card number too. Coincidence? Not really, they're more than likely a fraud. Run! Now, understand that it was never said that there is no formula for being successful. There actually are two formulas, and one is dumb luck, but if you put all your eggs in that basket you've already failed yourself. The other requires focus, hard work, and sacrifice. It begins with you checking in with yourself and having an honest conversation with yourself to define an objective for your career as an actor. Once you've defined that objective, you need to be willing to (ethically) move heaven and earth to achieve it! Some of you may be tempted, at this point, to nod, because you feel like this is below your level of understanding, but unless you're Jim Carrey (or someone at that point in their career), it's probably not as below you as you may think.

Speaking of Jim Carrey, his story definitely exemplifies the aforementioned requirements. As the story goes, and it is a true story, Jim Carrey came from a poor 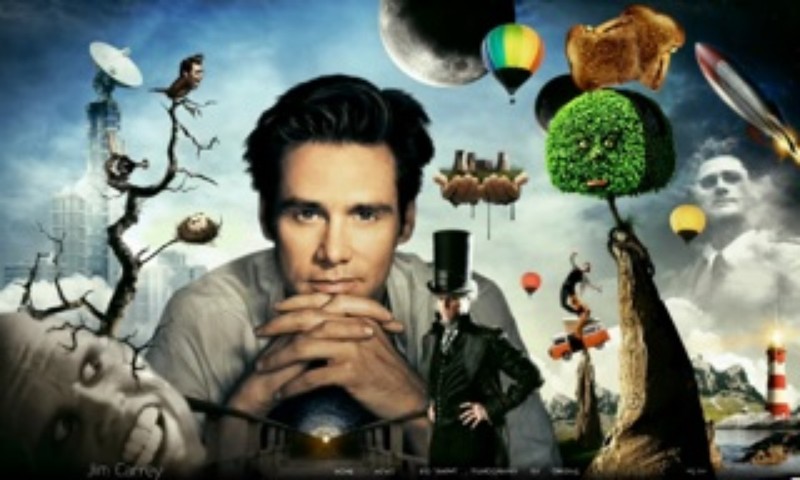 family. So poor, in fact, that at one point in his childhood his family lived in their van, which was parked on a relative's lawn. This never swayed him from a realization that this was not his future. In fact, he was so focused that he mailed his resume in to The Carol Burnett Show when he was only 10 years old. As he grew older, his determination grew leaps and bounds. Then, one night in 1990, the struggling young actor drove his beat-up old Toyota up Mulholland Drive, to the top of a hill, which overlooked Los Angeles. He felt defeated and broken. No, he didn't drive his car off the side of the hill. That wasn't his destiny! Instead, the determined Carrey took out his checkbook and wrote himself a check for $10,000,000, printing 'for acting services rendered' on the notation line and dating it for Thanksgiving of 1995. The rest, as they say, is history. How does your own determination compare? How many sacrifices have you had to make recently, in the name of your success?

Once you have the right mindset to succeed, you will need to put together your team of people. Face it, there isn't much in this world that you can do alone. There's your mentors, and references, coaches, mangers, and at some point, agents. Who can you trust, though?  Well, you should definitely be able to trust yourself. Right? Beyond that, a good rule of thumb is to avoid anybody who makes big glimmering promises and/or asks for a credit card before you've even told them your story. There are so many shysters trying to get the best of you, and you definitely need to be careful, because before you know it you'll be headed out-of-town quicker than you got into town. Worse yet, you end up homeless on the streets. You will need to regularly train, but how should you choose the right studio or school to train at? Well, consider the owner of the studio or school, and the instructors they've brought on-board. Are they humble and genuine, or do they constantly name drop and boast about themselves? Do they really want you to succeed, or do they want access to your bank account? These are the questions you need to answer before making a decision. Furthermore, you need to be careful of those who would try to sell you their own philosophies, as if they were a magical formula. What do we already know about magical formulas and the entertainment industry? Some never quite has-beens like to start up acting studios, because they had a role in something notable, or maybe several minor roles. They'll assure you that they have a method, technique, or formula that is key to being successful as an actor. More often than not, that's just a bunch of malarkey! Do yourself a favor and study all of the major players regarding methods/techniques, like Stanislavsky, Meisner, and Hagen. In that way you have a broader skill set, and then you can determine what methods, techniques, or otherwise work best for you, based on how you observe the world around you.

As a celebrated photographer, Kevyn Major Howard has successfully revolutionized the headshot industry over the last 36 years. Since he first began shooting headshots, Kevyn professed that the eyes are the window to the soul. His philosophy remains unchanged. His headshots capture a look, a glance, a nuance that brings a 2-D image to life. When viewing Kevyn’s work you will experience the deliberate precision, accuracy, and illumination with which Kevyn captures his subject’s eyes. The eyes are absolutely the expression of the actors personality and charisma; they are the key to anyone’s success. A focus on the eyes tells your unique story to the casting director, or let's your potential client know that you're competent in your profession and worthy of their time. Whatever you want to communicate, Kevyn can capture it with authenticity- ensuring your professional (or personal) success.

* NOTE: The above image is used for the purpose of illustration only. It is not owned by this site/company. Jim Carrey and Kevyn Major Howard Photography have no relationship (We just really love his story!). He is an amazing talent, so make sure you check his site out! Just so you know, the aforementioned image belongs to jimcarrey.com! ---> © Copyright jimcarrey.com.

In our Post-Modern, politically-correct society we have adopted an attitude that attempts to eliminate failure altogether with this haphazard notion that, "we're all winners!" The truth is, we're not all winners! There are winners and there are losers. There is success and there is failure. Painful to swallow, right? It doesn't have to be. Instead of falsely trying to mask failure with a deceptive visage, try owning it. Not to a degree that you use it to host a pity-party for yourself, but as a measure of where you are in contrast to where you'd like to be.

If you are reading this post, then it is probably because you're an actor, business professional, model, or a parent looking for child identity photography. Even if you are just a SWF (That's personals ad talk for Single White Female) searching for Mr. Right on e-Harmony, Match, or some other dating site, then you could greatly benefit from an amazing headshot as well.